While there are lots of things to do on Molokai when touring the island by car, the best way to experience its natural beauty is to hop in an airplane or helicopter and see the island from the air.

Imagine the tallest sea cliffs in the world sitting right underneath your feet, or soaring over turquoise lagoons that seem beautifully trapped inside of Hawaii’s longest fringing reef. You’ll see ridges and peaks where’s man’s footprint has likely never touched and valleys so rugged, deep and remote they’re only accessible by ancient trails that are nearly forgotten today.

From this aerial perch you can see Kalaupapa — the former leprosy colony — and quickly gain an understanding of how this peninsula at the base of the cliffs is essentially an island attached to land, cutoff from the rest of the world.

With your expert pilot serving as guide you’ll learn the history of Polynesian voyagers who originally settled the island and get the chance to see thundering falls that plunge over 1,500 feet on their epic journey toward the sea.

Though you might expect these Molokai air tours would depart from the island itself, all Molokai helicopter tours depart from neighboring Maui. Combined with flights through West Maui’s valleys, these tours typically last an hour and feature the chance to see Humpback whales when crossing between islands in winter. Read more

There are also a handful of Molokai air tours that depart from Honolulu and usually are combined with part of a packaged Kalaupapa tour. Because these planes arrive from the west, they offer the chance to see Kalaupapa and some of the smaller sea cliffs, but don’t visit the famous cliffs or the reef on the southern coast.

For that you’ll need to visit from Maui, and be sure to go in the early morning before the afternoon breezes pick up and the mountains become shrouded in clouds. Even then, there’s a misty, mythical and mysterious magic to these hidden tropical valleys, which you’ll only get the chance to see by choosing to take to the skies. 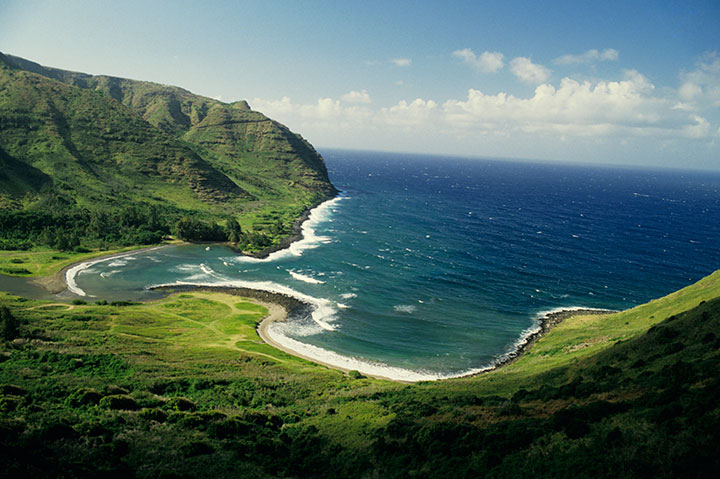