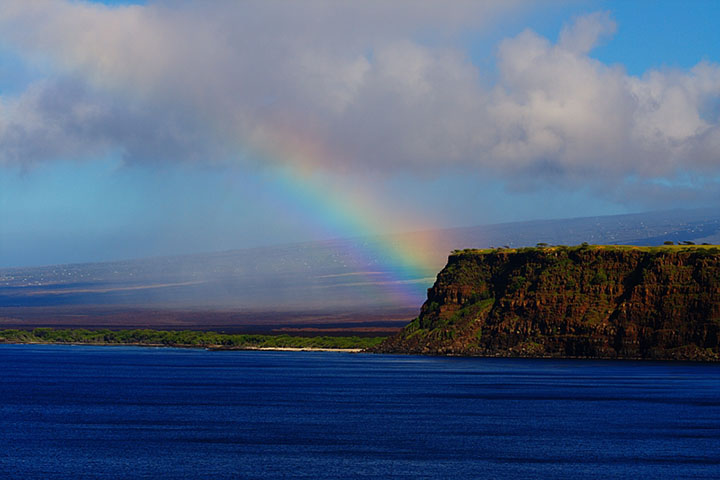 Windswept Ka Lae’s claim to fame is that it is the southernmost point of land in the United States. Also known as “South Point,” it’s believed that Ka Lae is the first place Polynesians came ashore when they reached the Hawaiian Islands as early as 750 A.D. There are still old canoe mooring holes carved throughout the rocks that local fishermen use to this day. 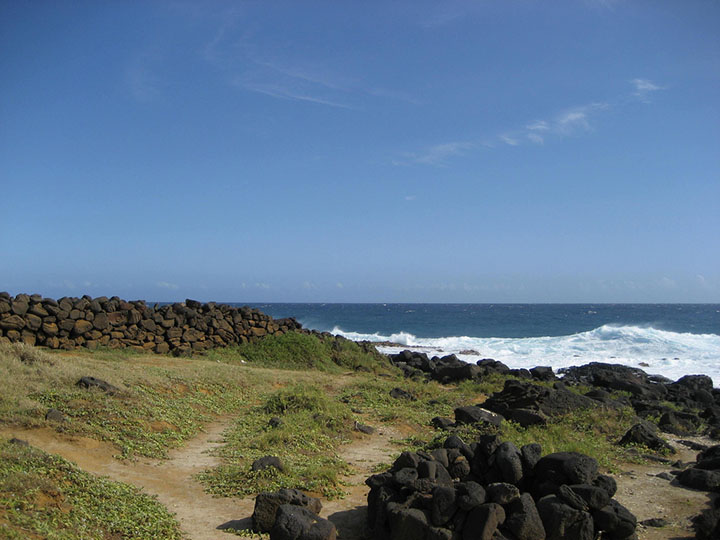 The entire southern tip is registered as a National Historic Landmark, as it’s scattered with the ruins of heiau (temples) fishing shrines and other cultural relics. A trip here is an opportunity to experience the elements — land, air and ocean — because that’s what South Point is all about: nature’s raw and powerful beauty.

The Unrelenting Winds of South Point 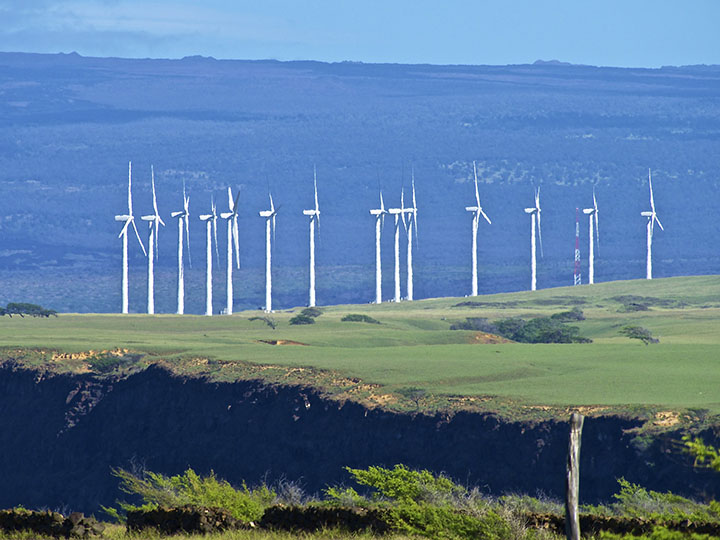 Hold on to your hats because the gusty winds that sweep across the coastal plains are unrelenting. As you drive down the narrow 12-mile road through open ranch land to the point, you pass rows of giant electricity-producing windmills, powered by these blustery winds that the area is known for.

Gaze Out at the Endless Pacific 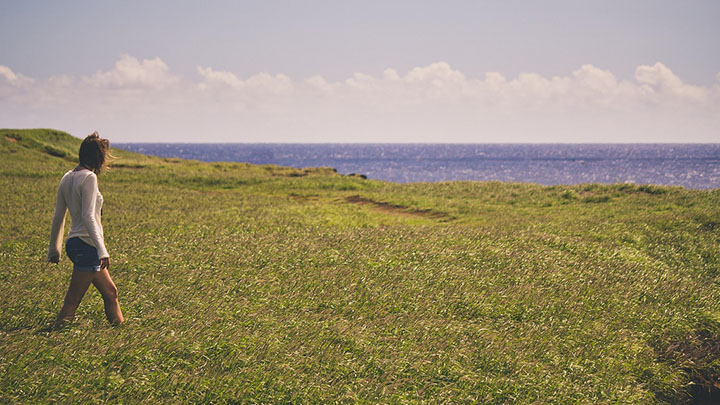 About an hour-and-a-half drive from downtown Kailua-Kona, South Point itself is just past the lighthouse at the southernmost cliff. From here, you can gaze out at the endless Pacific Ocean. It’s a straight shot south over thousands of miles of deep blue waters until you would reach the next continental land mass, which happens to be Antarctica. 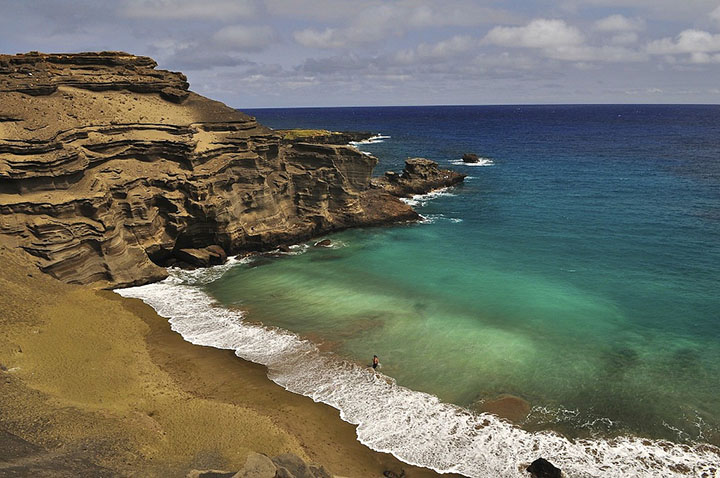 Locals will attest that Ka Lae is an excellent fishing spot; however, swimming here is not advised due to the steep, rocky cliffs (approximately 40 feet high), deep waters and dangerous currents. The current, known as the “Halaea Current” will sweep any daredevils straight out to sea. It is named after a Hawaiian chief whose fate was a watery grave at this very spot. Just to the west of South Point is one of the only safe swimming spots in the area, Papakolea or Green Sand Beach. Green Sand Beach is named for the green volcanic olivine crystals that make up a large percentage of the sand here. Not easily accessible, a five-mile round trip walk or 4-wheel-drive vehicle is the only ways to reach this hidden gem. 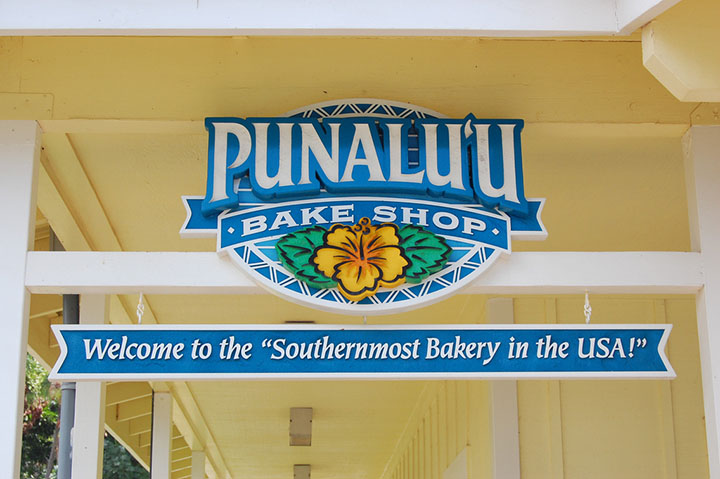 Naalehu, Ocean View and Pahala are the closest towns to the area, and while you won’t find much in the way of shopping, you will find a couple of recreational parks, as well as a handful of small eateries, including Punaluu Bake Shop and Visitor Center, Hanahou Restaurant, Ka‘u Coffee House, and Gilligan’s Café.