You're currently on: Home OahuInfo

From ancient stone heiau (temples) to 21st-Century high-rises, Oahu is an island of endless contrasts. Geographically only the third largest of the inhabited Hawaiian Islands, it is nonetheless home to nearly three-quarters of the state’s 1.2 million residents — 370,000 of whom are concentrated in urban Honolulu, the ultra-modern, south-coast cityscape kamaʻaina (residents) refer to simply as “Town.”

But take a 45-minute drive to “Country” — the famed surfing Mecca on the island’s north shore — and you’ll find sleepy Haleʻiwa Town (pop. 2,225) existing much as it has since it was established by missionaries in 1832.

Like the other islands, islets and shoals that make up the 1,600-mile Hawaiian Island chain, Oahu is believed to be the product of a single “hot spot” in the earth’s mantle. Over the course of millions of years, the earth’s crust drifted to the northwest across this hot spot, giving rise to each island. The bulk of Oahu was created nearly four million years ago, by two now-extinct shield volcanoes — the remains of which are today visible as the Koʻolau and Waiʻanae mountain ranges, running parallel to each other along the length of the island’s eastern and western coasts, respectively. As with the rest of the Hawaiian Islands, these mountain ranges separate the wetter windward shore from the drier leeward side, forcing rain clouds blown in off the ocean to leave their water on the east side of the island before gaining passage to the west.

More recent volcanic activity also created several of Oahu’s most visible landmarks: 761-foot-tall Diamond Head, located on Waikiki’s eastern border, is a “tuff cone,” formed some 100,000 years ago when an eruption of volcanic ash eventually hardened into solid rock. Southeast Oahu’s Koko Head and downtown Honolulu’s Punchbowl (the latter of which houses the National Memorial Cemetery of the Pacific in its crater) are also tuff cones.

Vastly influenced by its reputation as a world-class travel destination, Oahu offers more of everything than the other Islands combined. Shopping, dining and entertainment opportunities here far eclipse those of neighbor islands. And visitor traffic, drawn to the island by its enticing beaches, big winter waves, super-sized collection of scenic golf courses and signature attractions — Waikiki, Pearl Harbor, the Polynesian Cultural Center — continues to exceed any neighbor island.

Still, Oahu’s storied past is very much alive. Hawaii achieved statehood less than 50 years ago, leaving its history as a U.S. territory and before that, a Hawaiian monarchy, very much in evidence. Walking tours of downtown Honolulu, Waikiki or Chinatown, as well as a visit to Pearl Harbor, are a good way to get in touch with the island’s unique past.

Many of Oahu’s most popular attractions are located outside the city. Hanauma Bay, a world-renown snorkeling destination, is a short drive from Waikiki, just past Hawaii Kai. Sea Life Park is not far from Hanauma Bay. The Polynesian Cultural Center, a unique and perennially popular attraction, is located in Laʻie, more than an hour’s drive from Honolulu. Kualoa Ranch, near Kaneohe, Hawaiian Waters Adventure Park, near Kapolei, and the Arizona Memorial, the biggest visitor draw in the state, are all outside the city of Honolulu.

Tour operators provide transportation to and from Waikiki, making it easy to see the countryside on your way to adventures like helicopter and glider tours, ultra light and skydiving experiences, kayaking tours, shark excursions, ATV and horseback rides. If you want to take a drive, Haleʻiwa is a good bet. A surfers’ mecca, it has retained the character of its more than 100-year history.

Most Popular in Oahu Info 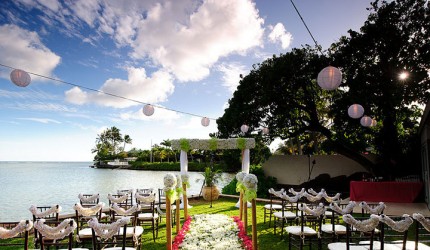 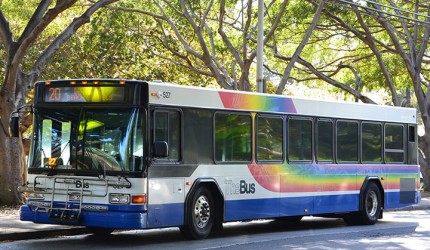