A Guide to Surfing in Hawaii 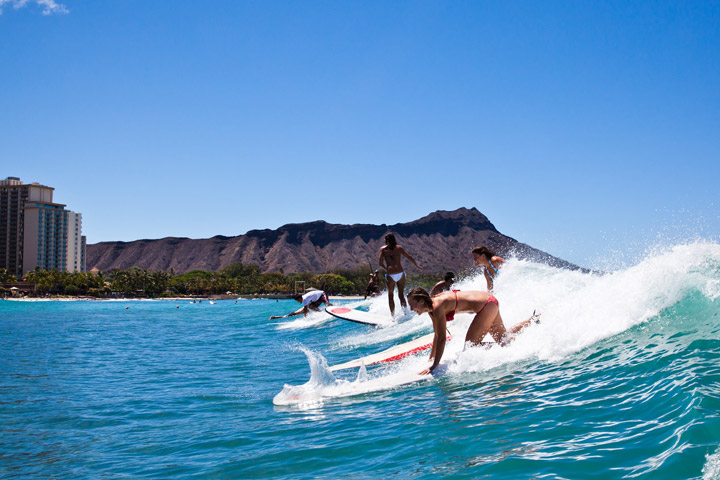 Legends dealing with surfing were contemporary with the earliest stories of ancient Hawaii. In about 400 A.D., a form of belly boarding on small wooden planks was introduced. Later, Tahitian explorers brought their tradition of riding waves with canoes. The ingenious Hawaiians merged the two techniques to create the sport of surfing.

The ancient people closely associated surfing with the religious life of the day. Those born to high social rank engaged in sacred ceremonies when making plans to participate in surfing. It was customary after selecting a suitable tree to chop down and shape into a surfboard, to make an offering of native kumu (fish) at the base of the tree. Breadfruit and koa trees were the most commonly used to create surfboards, which were among the prized possessions of the ali’i (chiefs).

Learning how to surf is a rewarding adventure. Enroll in a lesson, camp or clinic to start enjoying the “sport of Hawaiian kings”!