Shopping and Eating in Chinatown 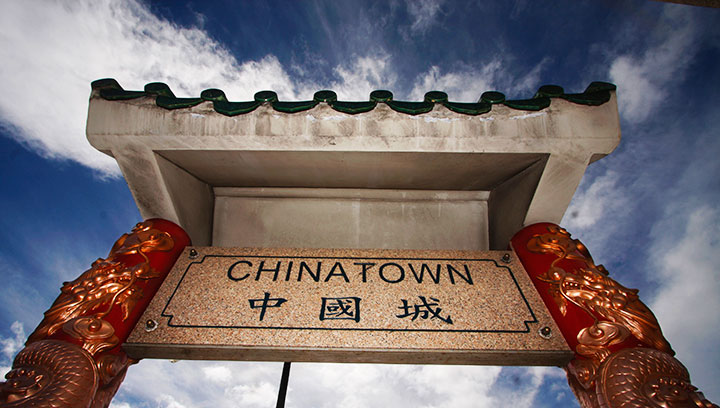 Don’t plan to visit Chinatown. Just head in the general direction of Beretania and River streets and let it come to you. Don’t bother to resist its tendency to overwhelm. Surrender to its earthy aromas, unique architecture, noodle and dim sum factories, markets fresh with local produce, galleries, restaurants, bars, lei stands, herbal medicine shops, and throngs of people. Great shopping and dining. In total, these are Chinatown’s premiere attractions.

Chinatown turns up the heat the first Friday evening of each month when crowds turn out to wander galleries, museums and studios, and live music, street entertainment, cafes and bistros add to the party mood. The popular ongoing event is called First Friday.

If you take a stroll down Maunakea Street and around the corner to N. Beretania, you’ll be hit by the sweet smell of thousands of flower blossoms being strung for leis. Most of the lei stands are owned and operated by families who have been in the business for several generations. Nearby on Nu’uanu, north of Hotel Street, so many art galleries and trendy clubs have been established that the area has become Honolulu’s hottest arts and entertainment draw. 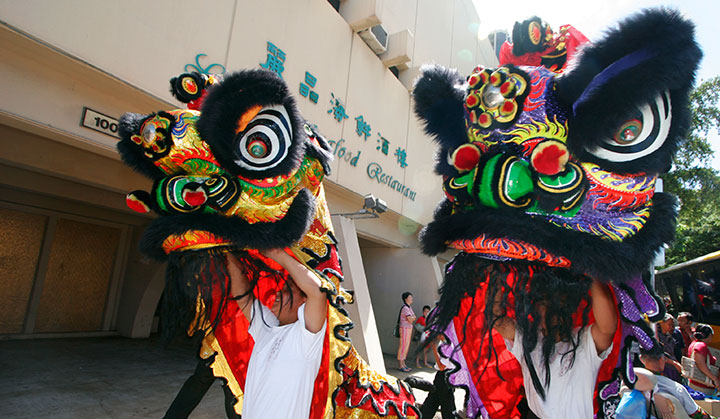 This 25-acre marketplace dates back to the 1800s when immigrant Chinese families began to establish family stores in the area. It grew with the arrival, in 1852, of the first wave of contract laborers who came to Hawaii to work on the sugar plantations. Eventually, many of these laborers left the fields and established businesses in Chinatown. Today Chinatown remains firmly steeped in its history, a place where anything can happen and often does.

Historic sites worth mentioning are the Sun Yat-sen Statue, 65 Beretania Street at the end of River Street, next to the Chinese Cultural Plaza, and the Kuan Yin Temple at the entrance to Foster Gardens. This temple is dedicated to the Chinese deity of compassion. The Hawaii Theatre Center, 1130 Bethel Street., was proclaimed the “Pride of the Pacific” when it opened in 1922 as a showplace for vaudeville, plays, musicals and silent films. In May 1996, the theatre reopened as a multi-purpose performance center, following years of disuse and a complete restoration.

All this and more is packed into 25 acres bordered by King, Smith, Beretania and River streets. 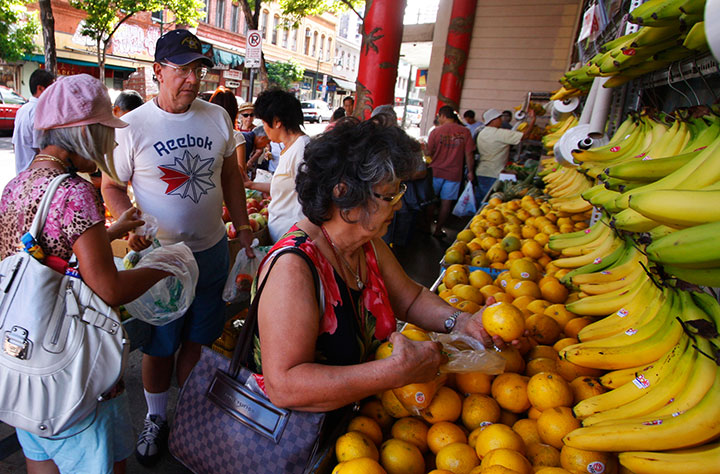