About Hawaii, the Aloha State

The first “visitors” to the Islands of Hawaii came not knowing what to expect — or even that the Islands existed. It is generally believed Hawaii’s first permanent inhabitants sailed in voyaging canoes from the southern hemisphere islands of the Marquesas, between 300 and 800 A.D. Later waves of settlers arrived by the 12th century, this time from Tahiti.

The 137 islands, islets and shoals that make up the Hawaiian Island chain sit at the northern tip of the Polynesian Triangle, an expanse of ocean roughly the size of Europe and North America combined. As one of the most geographically isolated, continuously populated spots on Earth, Hawaii is a land of many contrasts. Urban Honolulu, the state capital, is a cosmopolitan metropolis with a population of more than 370,000; the entire island of Molokai, a scant 50 miles away, has 7,400 residents.

Climate
All Hawaiian Islands have a “dry side” and a “wet side.” The windward (east) side of each island attracts more annual rainfall. The leeward (west) side is always the drier area of the island.

Hawaii’s tropical latitude gives it little difference in year-round day length and the amount of sun, even in the winter. But because the Islands’ terrain varies in altitude in certain spots (primarily on Maui and the Big Island with these Islands’ large volcanoes), temperatures can vary. The average annual temperature of 75 degrees Fahrenheit (23.9 degrees Celsius) fluctuates only a few degrees from summer (May through October) to winter (November through April), and — surprisingly to many newcomers — the summits of the Big Island of Hawaii’s Mauna Kea and Mauna Loa are often blanketed with snow. (NOTE: There are no formal ski areas on these mountains, but locals do snowboard and ski on their own power.)

Terrain
Together, the eight main Hawaiian Islands — Hawaii, Maui, Molokai, Oahu, Kauai, Kaho’olawe, Lanai and Ni’ihau — are home to virtually every geographic formation, terrain and climate to be found on earth, and the possibilities for outdoor enthusiasts are boundless: There are lava deserts on the Big Island and highland rainforests on Kauai; on Molokai you’ll find the world’s tallest sea cliffs and miles of pristine beaches.

Culture
What’s more, modern Hawaii’s culture is every bit as diverse as its geography, with virtually every nation and ethnicity represented in its food, festivals, music and art. From hula and hip hop to the Honolulu Symphony and community theater, the possibilities for today’s visitors to participate in Hawaii’s rich culture are limited only by the imagination.

FASCINATING TRIVIA:
Did you know Hawaii….

• has no daylight savings time

• has no snakes in the wild

• is home to the tallest mountain on the planet (Mauna Kea on the Big Island — measured from the seafloor — tops out at 33,476 feet. From sea level it measures 13,796 feet high).

• has the only U.S. city to be founded by royalty (Honolulu, on the island of Oahu), and hosts the only royal residence on U.S. soil (‘Iolani Palace)

• hosted a structure (‘Iolani Palace) that featured electricity before even the White House in Washington, D.C.

• had a Hawaiian monarch, King Kalakaua, who was the first reigning monarch to circumnavigate the globe and the first foreign head of state to speak before a joint session of Congress.

• had a population that, during the Hawaiian monarchy, was among the most literate in the world.

• is home to (reportedly) the wettest spot on earth (Wai’ale’ale, Kaua’i’s highest mountain, records about 485 inches of rainfall per year)

• is comprised of 137 islands, encompassing a land area of 6,423.4 square miles (and only seven of these islands are inhabited)

• is still growing (Lo’ihi, a new seamount 20 miles off the Big Island of Hawai’i, is giving birth to the chain’s next island — due to rise above the waves in another 60,000 years)

• is the only place on earth that hosts all branches of the U.S. military

• has the most advanced telecommunications system in the world; is one of only five states in the U.S. with 100 percent digital switching for telephones; and has more fiber optic cable per mile, per capita, than any other state.

The state flag has eight stripes representing the Hawaiian archipelago’s major islands: Ni’ihau, Kaua’i, O’ahu, Maui, Moloka’i, Lana’i, Kaho’olawe and the Big Island of Hawai’i. The colors are red, white and blue. From top to bottom on the flag the stripes are, in order, white, red, blue, white, red, blue, white, red. The upper left corner closely resembles the Union Jack of Great Britain. Designed for King Kamehameha I in the early 1800s, the flag’s resemblance to the Union Jack symbolizes King Kamehameha’s friendship with the British.

State Motto
Ua mau ke ea o ka ‘aina i ka pono (The life of the land is perpetuated in righteousness). King Kamehameha III is said to have uttered these words on July 31, 1843, when the Hawaiian flag was once more raised after a brief usurpation of authority by a British admiral.

State Seal
The state seal has a heraldic shield in the center, a figure of King Kamehameha I on its right side and the Goddess of Liberty holding the Hawaiian flag on the left side. Below the shield is the Phoenix surrounded by taro leaves, banana foliage, and sprays of maidenhair fern. With color added, the seal becomes the State Coat of Arms.

State Song
Hawai’i Pono’i: Written by King David Kalakaua and set to music by Professor Henry Berger, the Royal Bandmaster. It was first performed on November 16, 1874 in Honolulu’s Kawaiha’o Church. This was also the official song of the Kingdom of Hawai’i (1810-1893) and the Territory of Hawai’i (1900-1959).

The lyrics of Hawai’i Pono’i:

Translation:
Hawai’i’s own true sons, be loyal to your chief
Your country’s liege and lord, the ali’i.
Father above us all, Kamehameha,
Who guarded in the war with his ihe.

State Bird
nene (Hawaiian goose; Branta sandvicensis). The nene (“nay-nay”) is a variety of goose that lives and breeds on land. Nene are endangered, despite a restoration project that began in the late 1940s. They are protected by law.

State Marine Mammal
The humpback whale, which migrates annually from Alaska to Hawaiian waters to mate and calve (generally during the months of December through April).

Discovery
Discovered and settled by Polynesian sea voyagers between the 3rd and 7th centuries A.D.; British Captain James Cook believed to be the first European to arrive in the Islands, in 1778, at what is now Waimea, Kauai (Cook was killed in 1779 at Kealakekua Bay on the Big Island of Hawaii).

Statehood
Hawai’i joined the United States as its 50th state on August 21, 1959. Statehood Day is celebrated annually in August as a state holiday.
• More history

State Capital
Honolulu, the capital city, is on the Island of O’ahu.

The Hawaiian Archipelago
Described by Mark Twain as “the loveliest fleet of islands that lies anchored in any ocean,” Hawai’i is a string of 137 islands encompassing a land area of 6,422.6 square miles in the north central Pacific Ocean about 2,400 miles from the west coast of the continental United States. Stretching from northwest to southeast, the major islands are: Hawaii, Maui, Molokai, Oahu, Kauai, Kaho’olawe, Lanai and Ni’ihau 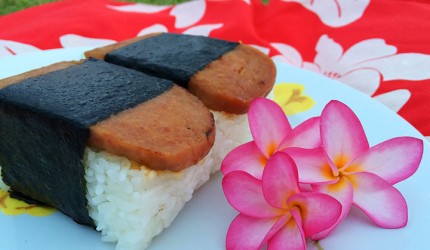