You're currently on: Home OahuPlaces

The Real Place Names of Kailua

By Lynn Cook
| Favorite This

Research a bit, and find that Kailua, in the center of the Ko‘olaupoko district, was considered sacred because Kamehameha I met his chiefs there. You’ll find that story and dozens more in the 2009 book, Kailua, published by Kailua Historic Society.

Kailua is at the Heart of the District of Koʻolaupoko

Another resource to take readers back in time is Sites of Oahu, compiled by Elspeth P. Sterling and Catherine C. Summers, and released in 1978 by Bishop Museum. Be forewarned, just reading the Ko‘olaupoko entries, some dating back to the early 1800s, can take days. The book is hard to put down, as different voices speak to you from the past. Stretching from Waimanalo to Kualoa, Kailua is at the heart of the Ko‘olaupoko map. And, in the heart of Kailua stands the majestic mountain, Olomana.

Overhearing Misperceptions at the Market

Overheard at the fish counter of Whole Foods in Kailua: “You know, ‘olomana’ means, ‘music,’ in Hawaiian.” Well, if they were talking about Jerry Santos and the musical group, Olomana, they would be correct. Olomana, the mountain, is named after a great warrior. Secure in some historic knowledge, you could step up, and correct that misinformation. Or, just walk away with a smile, and hope they find their way to true information.

Monument that stands at the entrance to the Lanikai loop. Photo: Rob Bertholf.

The most blatant name change in Kailua was given in 1924, when a developer subdivided lots in what he called Lanikai. He might have been trying for a slightly less improper Kai Lani, “sea heaven,” but neither are the real and very beautiful name of that place. Thanks to long-time resident of Lanikai, Hawaiian scholar and author Kihei deSilva, the true story has been told, sung and danced as hula choreographed by his wife. The song is “Hanohano Wailea.” Hearing his wife, Kumu Hula (Hula Teacher) Mapuana de Silva, tell the story brings it home.

“In 1984, my husband, Kihei de Silva, composed ‘Hanohano Wailea’ after what was going to be a swim to cool down after a day of yard work, but he came home quickly, far from cooled-off.”

She continues, “Kihei has said he was inspired by the beauty of what he saw, but he was, in fact, aggravated by what he had heard. A self-styled tour guide was giving his houseguests a quick lesson in Lanikai landmarks, ‘That over there is Smith’s Point. Behind us is Pillbox Hill, and to the north is Mid-Pac Knoll. And those twin islands out there are the Mokes.’” (The correct names are Wailea, Ka‘iwa, Alala and Na Mokulua.)

Kihei’s purpose was simple: Name the old name of Ka‘ohao. Put them back in our mouths and ears, where they belonged. Ka‘ohao itself was a lost name, long out of everyday use. It had been swallowed up since 1925 by Lanikai, a name that—like Smith’s, Pillbox, Mid-Pac and Mokes—was no name at all. He patterned his song after the traveling mele (songs) of the late 19th century: Place name plus description, she explains.

“He moved down the ridgeline in an easy, east-to-west sequence in a four-verse mele that could be easily sung and remembered by children, including our own. He thought he’d wait a bit, work on it later.”

Two decades passed before Kihei returned to write words to balance the song that included Wailea, Punawai and Ka‘iwa. He added verses for Alala, Na Mokulua and Kai‘olena, to tie the whole together in a lei aloha ‘āina honoring his family—residents of Ka‘ohao for 67 years.

Every dancer who is or has been part of the halau (hula group) learns this hula. That means hundreds of dancers have been made aware of place names, changes and how to look for the true name. Meanwhile, the song has taken on a life of its own. His friend Moe Keale took the words, and made “Moe-magic.” Today, it is played and sung by Chad Takatsugi, Keawe Lopes, Holunape, Moana Chang, Na Palapalai and Robert Cazimero. It is the school song for Lanikai Charter School. They freely say, “I go to Lanikai, but the real name is Ka‘ohao.”

Every year, Merrie Monarch Festival provides another education moment for the Windward side of O‘ahu, as the voice of radio-and-television announcer Kimo Kahoano booms out over a stadium of 4,000-plus hula fans—“and now, here they are, from Ka‘ohao, O‘ahu, under the direction of Kumu Hula Mapuana de Silva, Halau Mohala ‘Ilima!”

Sadly, not everyone listens. Location names, of Lanikai, “the Pillbox” and “the Mokes,” are still the norm. Let Kihei’s “Hanohano Wailea” serve as inspiration to all residents and visitors to learn where street, mountain and marsh names came from, both the ancient and modern names.

Though the research and history is mostly found in books, there are other options for gathering knowledge. Check in with De Soto Brown at the Bishop Museum Archives. He is the keeper and collector of amazing history, including the days when Kailua was only connected to Honolulu by a horse trail.

Once you learn and confirm a fact or two, you can weave it into conversation. Cultural experts tell us that that’s how changes happen.

Most Popular in Oahu Places 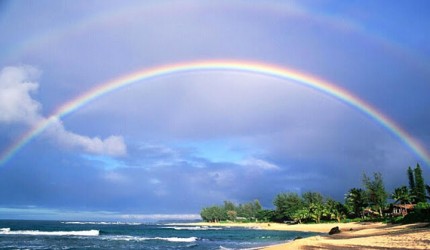 The One and Only Haleiwa

The Magic of Waikiki 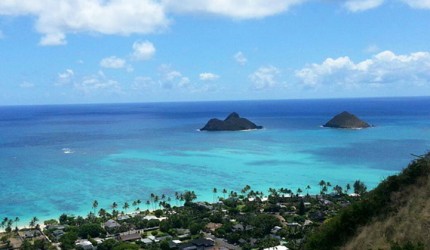