You're currently on: Home OahuInfoCulture

Founded in 1836 by order of King Kamehameha III, the Royal Hawaiian Band is one of the last living links to Hawaii’s monarchy. The only full-time municipal band in the country, it has survived the monarchy, the provisional government, a republic, the territorial government and finally statehood in 1959. The band represents the spirit of a grand and festive age in the Kingdom of Hawaii when free concerts resounded throughout Honolulu and parades of pomp and circumstance proceeded down the city streets.

You can catch the band at the ‘Iolani Palace Bandstand (in front of the former royal residence) or at community events throughout the island. Performance schedules are released monthly and can be accessed at www.royalhawaiianband.com or by calling 922-5331. There’s no charge. Attend a performance if you want to experience what the locals call “chicken-skin.”

Most Popular in Oahu Culture 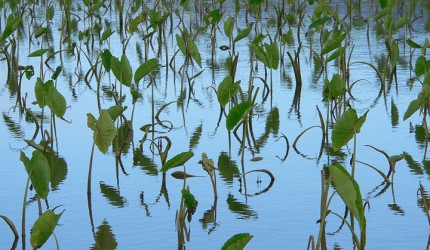