You're currently on: Home OahuDining

By Tannya Joaquin
| Favorite This

From Andrew Le’s Vietnamese inspired genius at The Pig & the Lady to Bar Leather Apron’s coveted cocktails, Chinatown Honolulu restaurants are the talk of town.

But why talk when you can taste the hottest, coolest, most underrated, gluttonous, and most anticipated arrivals in this eight block culinary hub?

Portuguese sausage gives oomph to Linguine Carbonara, with the perfect balance of cheese per bite. ($18)

The house-made Rocky Road to Hana Ice Cream ($4/scoop) is a must.

Thanks to Fête’s bartender for his tip “Grondin French-Latin Kitchen is the most underrated spot in Chinatown,” our next stop was clear.

Grondin was born on the beach when the New York couple opened a Virgin Island restaurant for their group and designed their dream menu with comfort food from their childhoods.

Volcano Shakes are as hot as lava! These $15 monstrosities draw two hour waits on Hotel Street. Order online at VolcanoShakes.com to skip the crowd.

Just peruse the Instagram images of the newly opened Senia on North King Street in Chinatown and you’re sure to swoon. With Thomas Keller protegees, Hawaii’s Chris Kajioka and London’s Anthony Rush at the helm, Chinatown’s culinary star shows no signs of fading.

Most Popular in Oahu Dining 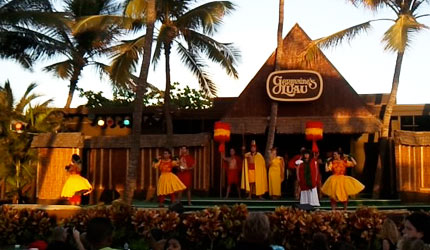 A Visit to Germaine’s Luau 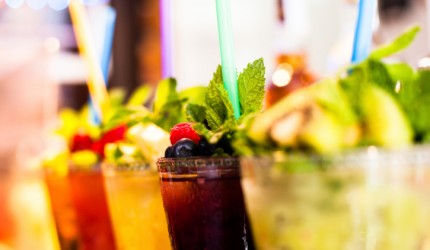 Dining and Entertainment on Oahu