You're currently on: Home OahuDining

Best Restaurants in and around Waikiki

After feasting on fresh Pacific fish, and perhaps indulging in a shave ice or two, visitors might be curious to dig deeper into Honolulu’s culinary scene. Beyond the delectable array of restaurants that feature Hawaii Regional Cuisine is a diverse selection of venues that cook up some amazingly scrumptious fare. If contemporary Hawaii offers anything, it’s a wide variety of dining options. Yes—and in fact it’s quite something when you discover this city’s great variety of restaurants, where the décor, music, and aromas combine to give diners the impression they could be anywhere in the world. As well as offering a particularly easy and gastronomic form of “travel,” Honolulu’s best restaurants feature unique menus matched by a broad selection of drinks, served in casual settings by friendly and helpful servers, making them popular choices for any night of the week. The following restaurants will take you on a culinary tour, from Australia to Japan, combining spices and flavors that are guaranteed to transport your taste buds. Their flavorsome offerings are an instant ticket to a memorable eating experience.

Though beachfront Michel’s may be small in size, its food looms large in popularity and reputation. Impeccable is the operative word at Michel’s, which boasts classic tableside service, high-quality ingredients – “We source from local farms pretty much anything that’s available,” chef Eberhard “Hardy” Kintscher said – and well-executed preparations. Recommendations include chateaubriand, seafood dishes, chocolate soufflé, apple tart and cherries jubilee. 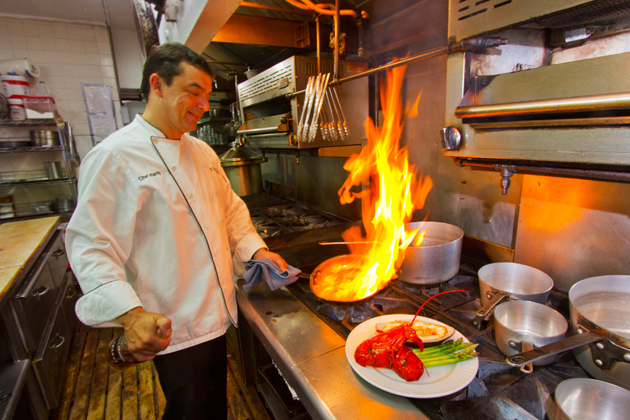 Servers in tuxedoes bring Old World elegance to your table at Hy’s. The atmosphere plays into it all- dark wood and restrained décor that brings to mind an exclusive club for, perhaps, English gentlemen. Steaks, or course, rule here, kiawe (Hawaii’s answer to mesquite)-grilled in every cut imaginable. Dessert is a grand finale: When was the last time you had a flambé? Choose from bananas Foster or the house special, Sinatra’s Strawberry Flambe (fruit, vanilla ice cream and mint). 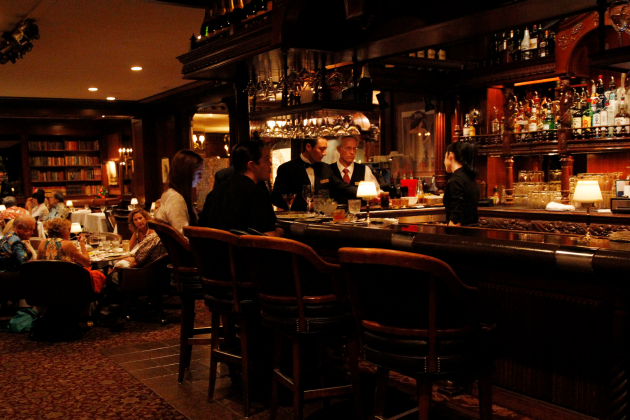 Stepping into Chart House Waikiki is a bit like traveling back in time. You can snack on pupu (appetizers) while enjoying live music and sunset over Ala Wai Boat Harbor. Get a little more fancy and settle in with a top-drawer steak, Alaskan red king crab or live Maine lobster. And we’d be remiss if we didn’t mention the world-famous Guy Tai, the upscale mai tai created by bartender Guy Maynard- who has been serving drinks over the bar here for over 35 years. 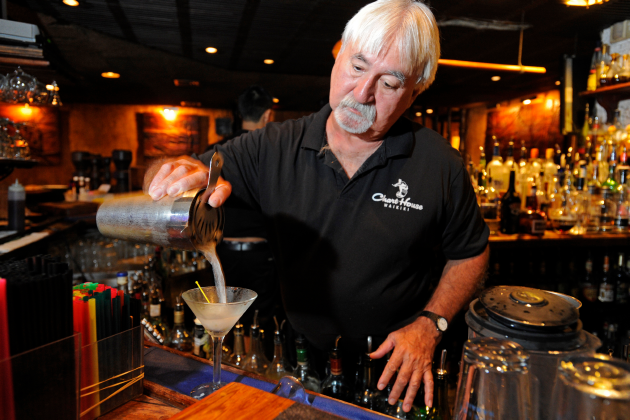 Guy Maynard, bartender at the Chart House, pours a Lychee Martini into a glass. Photo by Bruce Asato.

Executive Chef Ron De Guzman knows local tastes in Honolulu. Fried calamari is crunchy yet sweet from the addition of graham crackers; the banh mi sandwich has all the Vietnamese vegetables you would expect, but the lemon grass-marinated pork takes it to another level. Misoyaki salmon and the Stage Burger – a jazzed-up sandwich with Angus beef – and any of the entrée-sized salads are solid choices as well. 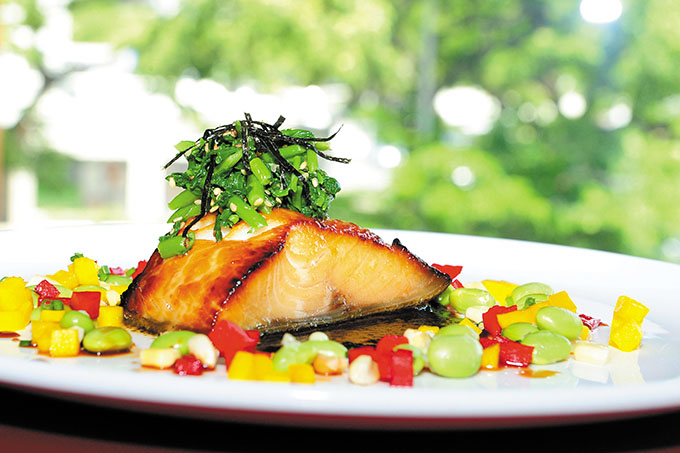 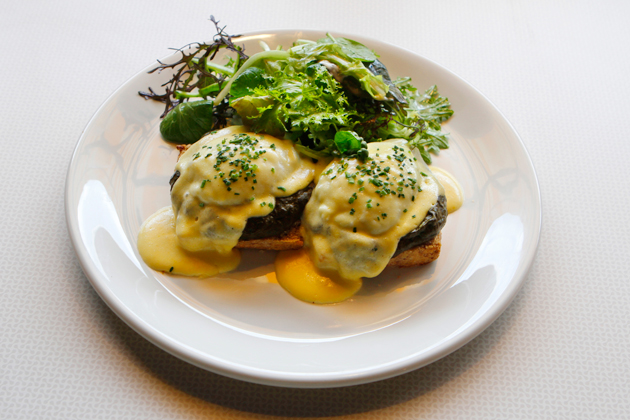 Ask someone about their experience of driving the Hana Highway…

Most Popular in Oahu Dining

Top 5 Romantic Restaurants Off the Beaten Path on Oahu