By Tannya Joaquin
| Favorite This

The 160 acre camp was dubbed jigoku dani or “Hell Valley” by the 400 internees and 4,000 prisoners of war who were unjustly imprisoned in the harsh heat of Honouliuli, surrounded by barbed wire fence. 175 buildings and 14 guard towers once stood there. 70 years after the site was abandoned, artifacts remain, overrun by vegetation. Clues can be found in photos of camp life.

One such photo of an old aqueduct led to the re-discovery of Honouliuli in 2002. Japanese Cultural Center of Hawai‘i associate Jane Kurahara set out to locate the site after a media inquiry about Hawai‘i internment camps following broadcast of the movie Schindler’s List.

Driven by the Japanese value of “ganbare,” or perseverance, the retired school library tracked down a farmer with a keen eye. “Had Larry Jefts not recognized the aqueduct from an old photo of Honouliuli we shared with him, and had Campbell Estate not agreed to let us go on their property and allowed Bert Hatton to help us, that eventful re-discovery day in 2002 would not have happened,” stresses Kurahara.

She describes two chicken skin moments – finding the campsite and witnessing President Barack Obama designate Honouliuli National Monument on February 19, 2015 in the Oval Office. 73 years after President Franklin D. Roosevelt ordered their internment, President Obama made this proclamation, “Honouliuli was an internment camp for Japanese Americans during World War II. Going forward, it will be a monument to a painful part of our history so we don’t repeat the mistakes of the past.”

“My eyes filled with tears as I thought of all the people who had helped us get there,” she says of the emotional moment. “These were grass roots unsung heroes with no thought of personal recognition, only the desire to help with a worthy cause because it was the right thing to do.”

Honouliuli National Monument won’t open to the public for a few years. The National Park Service says it will take time to develop the proper representation that honors the camp’s history so it’s not forgotten.

The White House
Office of the Press Secretary
For Immediate Release February 24, 2015
Presidential Proclamation — Establishment of the Honouliuli National Monument

ESTABLISHMENT OF THE HONOULIULI NATIONAL MONUMENT

BY THE PRESIDENT OF THE UNITED STATES OF AMERICA

The Honouliuli Internment Camp (Honouliuli) serves as a powerful reminder of the need to protect civil liberties in times of conflict, and the effects of martial law on civil society. Honouliuli is nationally significant for its central role during World War II as an internment site for a population that included American citizens, resident immigrants, other civilians, enemy soldiers, and labor conscripts co-located by the U.S. military for internment or detention. While the treatment of Japanese Americans in Hawai’i differed from the treatment of Japanese Americans on the U.S. mainland in ways that are detailed below, the legacy of racial prejudice, wartime hysteria, and failure of political leadership during this period is common to the history of both Hawai’i and the mainland United States.

Early on December 7, 1941, Japanese air and naval forces attacked Pearl Harbor and other military installations on O’ahu. Before martial law was invoked, government officials began selectively rounding up Hawai’i residents on suspicion of disloyalty. They were confined at local jails, courthouses, and other facilities on six of the main Hawaiian Islands before being transported to the U.S. Immigration Station and Sand Island Detention Camp on O’ahu. Nearly all of the internees were of Japanese descent, including leaders in the Japanese American community who were educated, were teachers or priests, or were distinguished by virtue of their access to means of communication with Japan or to transportation from Hawai’i. Most would be sent to the mainland to be held for the duration of the war in Department of Justice and War Relocation Authority camps. Despite the government’s allegations of disloyalty, none of the Japanese American internees from Hawai’i was ever found guilty of sabotage, espionage, or overt acts against the United States, and all later received formal apologies and many received redress compensation from the United States.

On the Island of O’ahu, the U.S. War Department sought a place removed from the active combat areas of Pearl Harbor for internment of individuals. The War Department chose Honouliuli Gulch, the bottom of which was hidden from view by the gulch’s steep walls. The Honouliuli Internment Camp opened on March 2, 1943, with the transfer of internees from Sand Island and rapidly swelled in population with the influx of prisoners of war. Managed by the U.S. Army, it was the largest and longest used confinement site in Hawai’i.

The majority of Honouliuli’s civilian internees were American citizens or permanent resident aliens — predominantly Japanese Americans who were citizens by birth — interned on suspicion of disloyalty. The remaining group comprised predominantly German Americans, though there were also Americans and aliens of Italian, Irish, Russian, and Scandinavian descent. Honouliuli also held women and children who were Japanese civilians displaced from the Pacific.

The 4,000 prisoners of war in Honouliuli included enemy soldiers and labor conscripts from Japan, Korea, Okinawa, Taiwan, and Italy. The prisoner of war compounds were guarded by an African American infantry unit as well as units of Japanese Americans from the mainland.

Honouliuli closed in 1945 for civilian internees and in 1946 for prisoners of war. With the closing of the camp, fast-growing vegetation quickly took over the site. Honouliuli was forgotten as Americans celebrated the victories of World War II and focused attention on the valor displayed by Americans at Pearl Harbor and abroad.

While both mainland and Hawaiian internment camps are sobering examples of wartime prejudice and injustice, Honouliuli reminds us of the differences in the way that forced removal was approached in Hawai’i and on the mainland.

The declaration of martial law served as the basis to authorize internment in Hawai’i, as opposed to the mainland where mass exclusion was authorized by Executive Order 9066. During the period of martial law from December 7, 1941, to October 24, 1944, the U.S. Army issued hundreds of military orders, some of which were applicable only to persons of Japanese ancestry and enemy aliens. For example, people of Japanese ancestry were restricted from residing in certain areas of O’ahu and were forcibly removed from their properties. These types of discriminatory policies created an atmosphere of fear and suspicion.

Finally, Honouliuli is significant because of the comparatively lower level of public understanding and awareness of the history of internment of civilians in Hawai’i during World War II. On the mainland during World War II, mass exclusion was well known. In contrast, the internment in Hawai’i was largely kept secret during World War II, and has only recently become the subject of scholarship and awareness campaigns. It was not until 1998 that information about Honouliuli resurfaced. After 4 years of research and exploration, the site was uncovered in 2002. In 2008, an archeological research survey was conducted at the site. Honouliuli remains an object of archeological interest.

Honouliuli serves to remind every American about the critical importance of safeguarding civil liberties and maintaining our values during times of crisis. It is important to recognize Honouliuli as a part of our shared national heritage and national consciousness. It is a place to reflect on wartime experiences and recommit ourselves to the pursuit of freedom and justice.

WHEREAS section 320301 of title 54, United States Code (known as the “Antiquities Act”), authorizes the President, in his discretion, to declare by public proclamation historic landmarks, historic and prehistoric structures, and other objects of historic or scientific interest that are situated upon the lands owned or controlled by the Federal Government to be national monuments, and to reserve as a part thereof parcels of land, the limits of which shall be confined to the smallest area compatible with the proper care and management of the objects to be protected;

WHEREAS Honouliuli’s objects of historic interest were listed in the National Register of Historic Places in 2012 as nationally significant for their association with events that have made a significant contribution to the broad patterns of our history;

WHEREAS, for the purpose of establishing a national monument to be administered by the National Park Service, the Monsanto Company has donated certain lands at Honouliuli to the United States, and the University of Hawai’i-West O’ahu has agreed to provide access across its property to those lands;

All Federal lands and interests in lands within the boundaries described on the accompanying map are hereby appropriated and withdrawn from all forms of entry, location, selection, sale, leasing or other disposition under the public land laws, from location, entry, and patent under the mining laws, and from disposition under all laws relating to mineral and geothermal leasing.

The Secretary of the Interior (Secretary) shall manage the monument through the National Park Service, pursuant to applicable legal authorities, consistent with the purposes and provisions of this proclamation. The Secretary shall prepare a management plan for the monument, with full public involvement, within 3 years of the date of this proclamation. The management plan shall ensure that the monument fulfills the following purposes for the benefit of present and future generations: (1) to preserve and protect the objects of historic interest associated with Honouliuli Internment Camp, and (2) to study and interpret the history of World War II internment and detention in Hawai’i. The management plan shall set forth the desired relationship of the monument to other related resources, programs, and organizations associated with World War II internment, detention, and exclusion.

Nothing in this proclamation shall be deemed to revoke any existing withdrawal, reservation, or appropriation; however, the monument shall be the dominant reservation.

Warning is hereby given to all unauthorized persons not to appropriate, injure, destroy, or remove any feature of this monument and not to locate or settle upon any of the lands thereof.

IN WITNESS WHEREOF, I have hereunto set my hand this twenty-fourth day of February, in the year of our Lord two thousand fifteen, and of the Independence of the United States of America the two hundred and thirty-ninth. 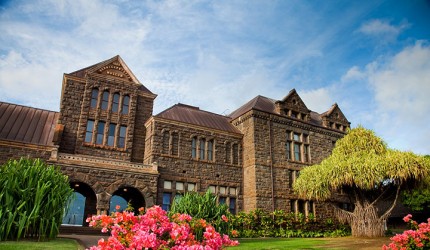 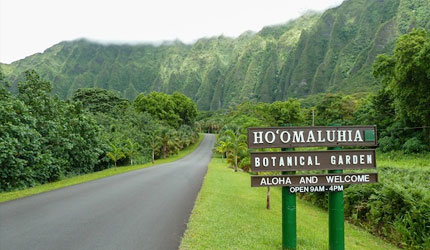