You're currently on: Home MolokaiInfo

Once a pu’uhonua (place of refuge) for defeated warriors and those who had violated the strictures of the Hawaiian kapu system (that which is prohibited or sacred), Molokai has long been a land of special power. Like all such sanctuaries in Polynesia, Molokai was not protected by physical force, but by mana — that is, spiritual power.

That power is still palpable on Molokai, which is often referred to as the “Most Hawaiian Island” because it has the largest percentage of native Hawaiian residents in the state (excluding, that is, the privately owned island of Ni’ihau).

Geography
A scant 264 square miles in total, Molokai can be driven tip to tip in a couple hours. Its main town, Kaunakakai, spans three blocks and offers no traffic lights or fast-food restaurants. Instead, you’ll find unparalleled natural beauty and a much-storied past.

East of Kalaupapa is Kahiwa Falls, at 1,750 feet the highest sea cliff in the world. Meanwhile, to the West, the goddess Laka is said to have given birth to the art of hula somewhere near Maunaloa. For this Molokai is often referred to as “Ka Hula Piko” — literally, “the navel of hula” (or figuratively, “the center of the dance”).

Natural Attractions
Also on Molokai you’ll find Hawaii’s longest white sand beach; the only barrier reef north of Australia; black sand beaches; lowland desert; rain forests; bogs; fern forests; grasslands; lowland forests; ancient heiau (temples, pre-Christian places of worship); and Hawaiian fishponds, which in several places are being restored and returned to use as an indigenous form of aquaculture. In fact, bringing these ancient ways into the 21st century is at the heart of Molokai’s existence, and is the source of its continued mana.

What’s More …
• Located nearly at the center of the chain of eight main Hawaiian Islands, Molokai is about two million years old.

• The average temperature on the island is 75 degrees Fahrenheit.

• Each May, “Molokai Ka Hula Piko” — a hula festival celebrating the island’s distinctive title as the birthplace of hula — is held in Papohaku Beach Park. Other annual events include September’s Molokai Mule Drag (a parade and block party followed by mule races down Kaunakakai’s main street); and November’s 100-mile ultramarathon.

• The island’s official color is green

Most Popular in Molokai Info 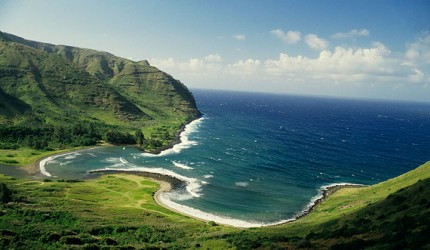 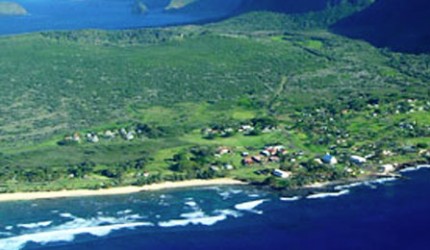 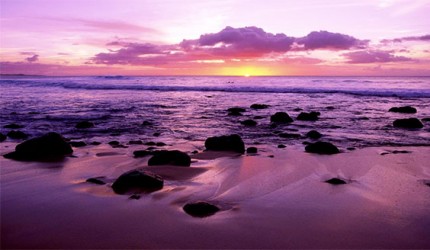