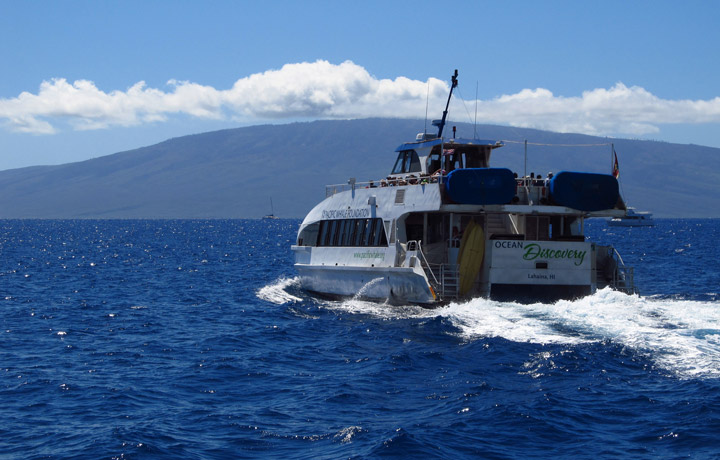 Anyone who climbs aboard a vessel this time of the year and heads for the open ocean off Maui can expect to see humpback whales. There are so many of them that most boat companies don’t hesitate to guarantee sightings. And what a sight these playful, 40-ton creatures are. During humpback whale season, from mid-December to early May, an estimated 900,000 visitors take a trip to Maui banking on seeing one.

Every year, the humpbacks travel 2,500 to 3,000 miles from their summer feeding grounds in Alaska to mate and give birth in Hawaii. In total, about 7,000 of them will take a spin through Maui’s waters, coming and going at their own pace. Generally, numbers peak in February and March.

The whales don’t arrive en masse but researchers say there is a predictable order to their appearance, Typically, nursing females and juveniles arrive first, followed by mature males, ‘resting’ females and finally pregnant females. Hawaii is the nation’s primary mating and calving grounds for the endangered humpback whale.

Humpback whales exhibit a variety of behaviors that should be visible in one form or another from boats and shoreline lookouts. You might see a whale blow, which refers to the act of breathing and the cloud of water vapor produced above the animal’s head during the process of exhalation. Or you might see a tail slap, a heal slap or, if you’re lucky a breach, which means the whale will have propelled itself out of the water, generally clearing the surface with two-thirds of its body or more. And then in an amazing feat of marine gymnastics, the animal will throw one pectoral fin out to the side and turn in the air about its longitudinal axis.

Just as each humpback has its own identifying features, each tour company has its own approach to the whale watch experience. Maui Princess Cruises, for example, is affiliated with the Island Marine Institute and combines recreational cruises with ongoing research. Fluke I.D. and behavioral data are collected aboard the company’s whale watch excursions. Passengers can expect expert narration with the latest scientific information about humpback whales, and with the use of underwater video equipment and on-board monitors, you’ll have the opportunity for a real good look.

The Pacific Whale Foundation is another well-known research organization that combines research with educational whale watch cruises. Over the last 28 years, more than 3 million people have gone whale watching with this company.

There are many ways to observe humpback whales in the wild. Snorkel cruises are a good bet. Rafting tours, fishing boats and kayaks also travel humpback territory. If you like your whales by sunset with a cocktail in hand, there are companies that will oblige. Keep in mind, though, it is illegal to get within a 100 yards of a humpback.

Choose between 150-passenger luxury cruise vessels, 18-passenger high-speed inflatable rafts, catamarans and sailboats. Expect to have a marine naturalist as a guide as well as on-board underwater equipment that allows you to hear whales vocalizing from the deep.

Maui’s waters are teeming with humpbacks, but some say the waters off Lahaina are a particularly good place to find them. Many boat companies depart from Lahaina and Maʻalaea harbors.

Most Popular in Maui Whale Watching 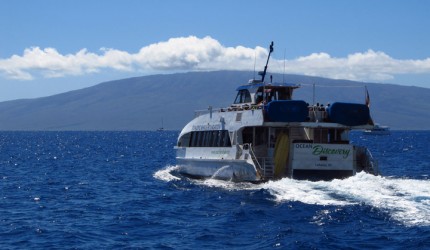