Win a trip to Hawaii

Sign up for FREE and enter for a chance to win!

Tip: The “Kealaula” project will bring upgrades to this majestic Maui hotel.

Have you ever engaged in a staring contest with a resting Hawaiian green sea turtle or felt the song of a Hawaiian humpback whale reverberate in your chest?

Those are just two experiences you’ll find scuba diving on Maui, where Hawaiian green sea turtles are abundant any time of year and Hawaiian humpback whales peak, January through March.

Though Hawaiian humpback whales are seasonal visitors, one of the great things about scuba diving on Maui is there’s never an “off-season.” The water temperature can be 74 F in the “coldest” months of winter and warms up to 80 F by August and September. Turtles, dolphins, parrotfish and eels are year-round residents, as are colorful nudibranchs, sponges, corals, reef fish and urchins.
Read more

In terms of where to go scuba diving on Maui, the leeward coast near Wailea or Kā‘anapali are the most frequented locales. For beach dives, where you set out from shore, Ulua Beach is the most popular spot in the Kīhei/Wailea area, and Kahekili Beach Park and Pu‘u Keka‘a (“Black Rock”) are the best in Kā‘anapali. Dives from shore rarely exceed 35 feet and are great for newly certified, novice divers.

Veteran divers, on the other hand, will want to book a two-tank cruise to offshore reefs. Molokini Crater has a 100-foot visibility almost every day, and the “Back Wall” is arguably one of the best dives in the world. Because it can have strong currents, however, and the wall drops 300 feet, only advanced divers with a professional instructor should attempt any descent here. Dive depths on the inside of the crater, on the other hand, average about 75 feet and are much better suited for intermediate divers who book through a local dive shop. Here you’ll find colonies of garden eels that slink into the sand and schools of jacks so large they’ll often blot out the sun. Because Molokini is a marine reserve, only certified scuba divers are allowed at the crater.

All dive boats in West Maui depart from Māla Ramp, with the exception of large-scale Lahaina Divers, who depart from Lahaina Harbor. Lāna‘i is the destination of choice for morning Lahaina dive charters. The boats cross to “Cathedrals,” located off the Pineapple Isle’s southern coast on a trip that usually takes about 45 minutes one-way. The underwater architecture at “Cathedrals” is world-famous, where subterranean caves and arches create the appearance of sunlight streaming through a cathedral’s stained glass windows. You can also sometimes spot Hawaiian spinner dolphins as they cruise above the reef. “Second Cathedral,” further down the coast, has a sprig of black coral that dangles from the ceiling like a feathery chandelier.

If you just want to explore the Maui coastline and not head over to Lana‘i, Lahaina Divers has afternoon dives that search for turtles at Māla Ramp or Olowalu reef. If you’re traveling with family or a large group where not everyone is a diver, Hula Girl is a sailing catamaran that departs from Kā‘anapali Beach and heads to Honolua Bay. Your travel companions can snorkel or lounge while you head out for a dive, and the entire family can meet back on deck for an outdoor lunch in the sun.

Something a Little Bit Crazy

Finally, if you’re looking to do something a little bit crazy while scuba diving on Maui, Lahaina Divers has a once-a-week charter to Moku Ho‘oniki rock. Located off the tip of Moloka‘i, this rock was once a bombing target in the years following World War II. Today it is a deep-water gathering site of scalloped hammerhead sharks. Moorings aren’t available at the rock, so you’re drift diving, and depths can top out at 120 feet while searching for sharks in the blue. Because it’s such an advanced level dive, everyone in the water needs dive computers, as well as a safety sausage. But for seasoned divers with the proper gear and knowledge of deep-water dives it’s an unforgettable experience in one of Hawai‘i’s most isolated spots.

Catch the ferry between Maui & Lanai! $30 each way (adult) 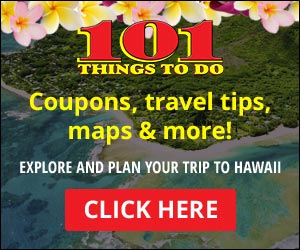 At its greatest height, Haleakala towers 30,000 feet from its…