Did you know, however, it’s actually ranching that accounts for over 80 percent of the agricultural land on Maui?

Cattle arrived in the Hawaiian Islands during the late 18th century when British explorer Captain George Vancouver brought a few cows to the Big Island of Hawaii as a gift to King Kamehameha I. Hoping the cows would be a new food source, Kamehameha I placed a kapu (prohibition) on them which meant they couldn’t be killed. This caused their population to explode to the point where the island was crawling with heifers.

Needing a way to control the explosion, the Hawaiian royalty brought in Mexican vaqueros (cowboys) to teach Hawaiians to wrangle and ride. By the time cowboys roamed the plains and deserts of the American West, paniolo, or Hawaiian cowboys, had already mastered the art of roping and managing cattle from the saddle — a tradition that continues today on Maui’s beautiful ranchlands.

You can experience this history firsthand while riding horseback on Maui, clopping across pastures paniolo ranched for over a century. You can also see parts of the island inaccessible to the public as you trek across valleys, ridgelines and coasts located on private ranchlands.

At Piʻiholo Ranch above Makawao, ride across 800 acres of land that borders a tropical rainforest. The air here at 3,000 feet is crisp, refreshing and cool, and the view looks out at the central valley and coast of the island’s north shore. The tour includes a picnic on the deck of a private cabin.

If you’d rather hear the sound of crashing waves accompany you from the saddle, Mendes Ranch, outside of Wailuku, offers trail rides along a windswept coast where waves explode on the rocks. You can also head to Makena Stables on the island’s southern coast and watch an orange and pink sunset while riding across a lava field caused by the island’s last eruption.

To explore Maui’s rugged interior, ride through lush Waikapū Valley on a tour with Makani ʻOlu Ranch and check out the impressive sets of horns on their Texas longhorn cattle.

If you’re staying in Nāpili or Kapalua, head up the road to Ironwood Ranch and ride across ridgelines with sweeping views of the island’s northwestern coast. Spot Hawaiian humpback whales during the winter season as they leap and spout offshore and finish the adventure in a tunnel of trees riding through a canopy of green.

Most horseback riding tours on Maui are between two and three hours long. No matter which one you pick to experience the paniolo lifestyle, be sure to wear pants and closed-toe shoes.

Fly Over an Active Volcano 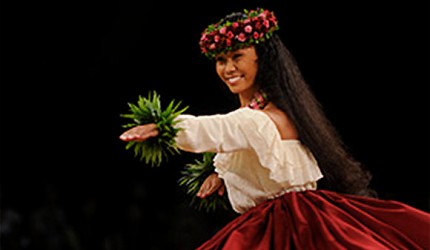