You're currently on: Home MauiPlaces

By Fred Guzman
| Favorite This

It wasn’t that long ago that Paia was a place whose best days seemed to have passed it by.

How times have changed.

The quaint little town of about 3,000 residents on Maui’s north shore — once best known for being the last stop on the way to the road to Hana — is now generally regarded as the hippest place on the Valley Isle. 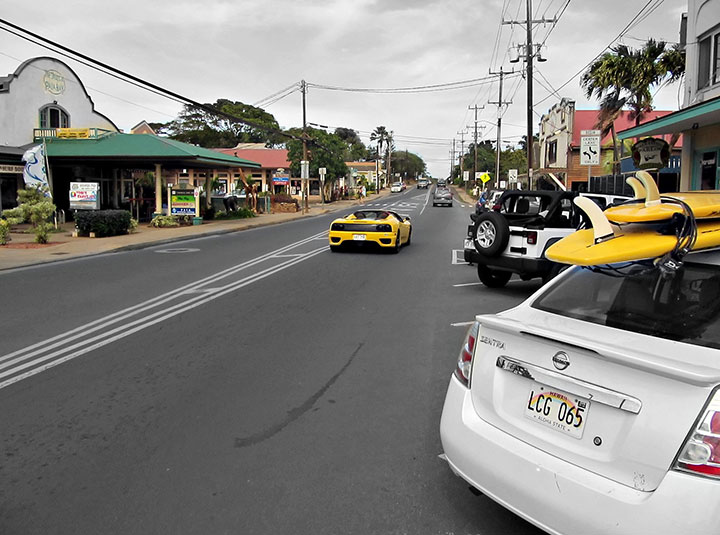 Paia initially flourished in the late 1800s and beyond as the site of a bustling sugar cane operation. But as the plantation’s days ebbed into the latter part of the 1900s, so did the town’s financial viability.

It was about that time — in the 1970’s — that Paia was “discovered” by the counterculture, which found a high level of attraction to the old plantation town’s reasonable rents coupled with its proximity to the ocean. 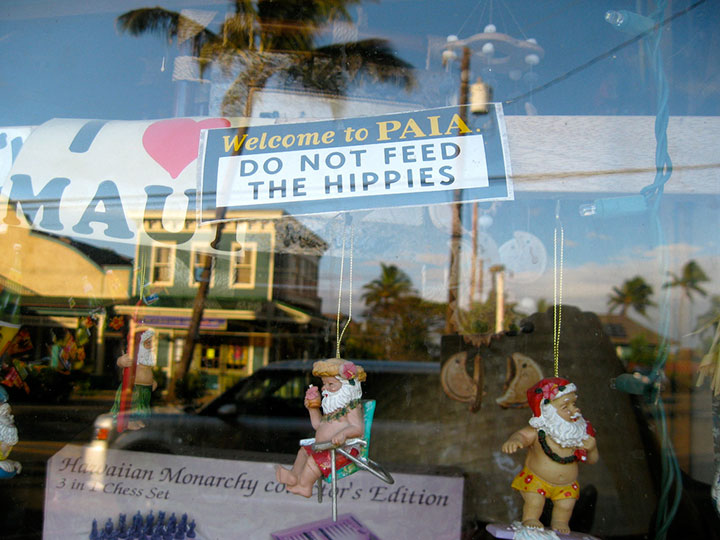 A humorous novelty sign referencing Paia’s history playfully hangs in the window of this shop. Photo courtesy of Rosa Say via flickr.

The next major influx of newcomers was swept in by the steady breezes in the area. The emergence and popularity of wind-surfing began luring fans of the sport from around the globe, resulting in an exceptional level of diversity to the small and once-insular community. 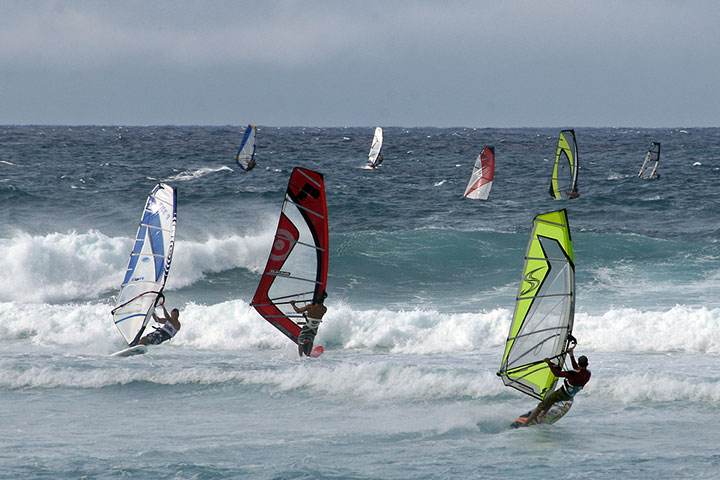 The end result of these dramatic changes is a rather cosmopolitan village filled with eateries and specialty shops providing a marked contrast to the high-priced touristy areas of Kaanapali and Wailea. 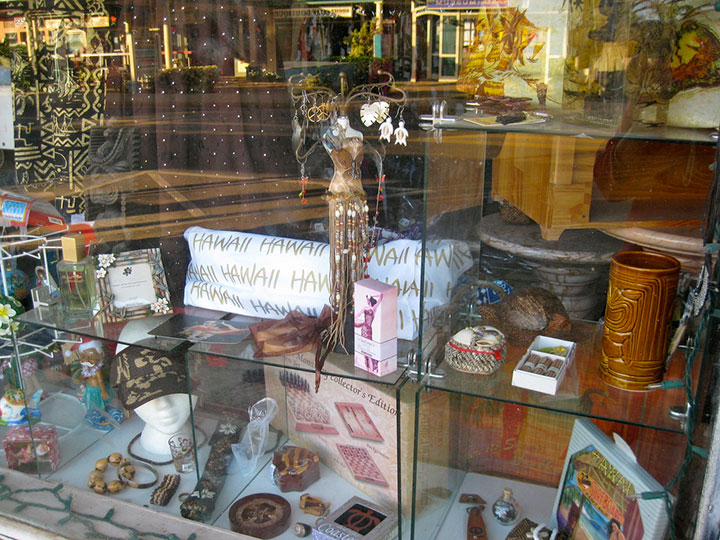 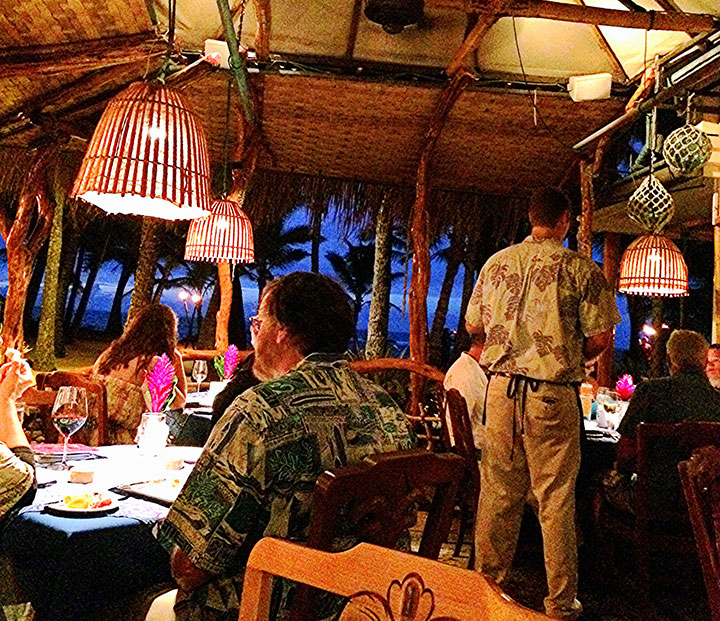 Interior of Mama’s Fish House. You can see the tropical decor and view of the ocean in the distance. Photo courtesy of Jason Raia.

The culinary options are varied, both in style and price. Mama’s Fish House, located beachside on the outskirts of town, tops many “best of Maui” lists with a price tag to match. Other popular and tasty dining options include the Paia Fish Market, Flatbread Company, Cafe de Amis, Kuau Store, and Anthony’s Coffee.

The best place to surf and to watch the surfers — board and/or wind — is at Hookipa, located just a couple of miles past the center of Paia on the road to Hana. And if armed with binoculars, from high atop the bluffs overlooking the ocean, you may be able to view the big-wave daredevils challenging the legendary monster surf break known as Jaws. 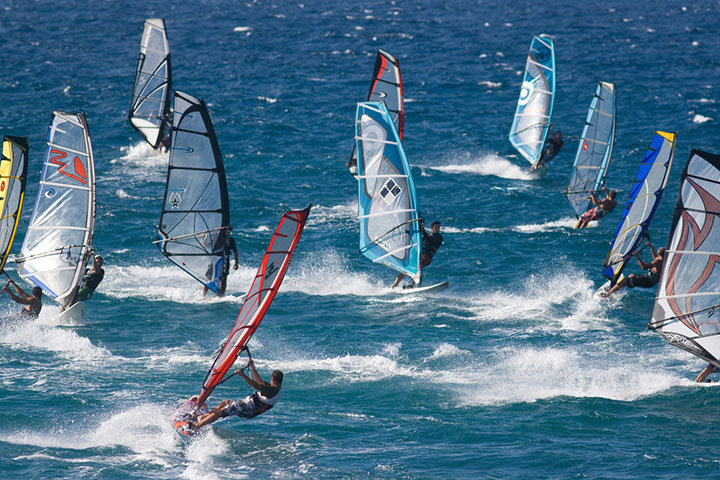 If seeking a more traditional — and safer — family-oriented ocean experience, visit Baldwin Beach Park, located on the road from Kahului as it approaches Paia. 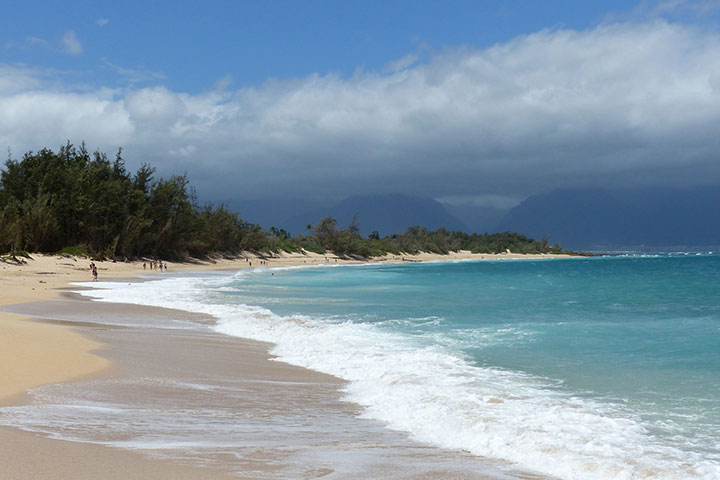 Most Popular in Maui Places

The Wonderful World of Wailea