ALERT: Hawaii is now open with Pre-Travel testing program as an alternative to the 14-day quarantine. Click HERE to learn more.
You're currently on: Home KauaiProfilesPremium

We love what we do, we’re experienced on the seas, 22 years and counting, and we know Kauai’s waters inside and out.

Kauai’s Nā Pali Coast is not-to-be-missed and we’ll show you all 17 miles. Our rafts depart from Kikiaola Harbor in Waimea (West Side of Kauai)- Kauai’s closest harbor to Nā Pali Coast. We’ll get you there faster than tours that leave from Port Allen and take you all the way to Ke’e Beach which is the official end of the Nā Pali Coast. No other boat tour company explores the entire, 17-miles of the Nā Pali Coast.

Chose from one of two tours — both tours are on “Seabiscut” our 30-foot Zodiac© rigid-hull, inflatable raft.

Be ready for a wild adventure! We’ll take you to Kauai’s remote Nā Pali Coast for an unforgettable day…along the way you will be treated to playful pods of Hawaiian Spinner dolphins and/or Bottlenose dolphins. You may even see Hawaiian green sea turtles and the occasional endangered Hawaiian monk seal. In the winter months, Hawaiian Humpback whales abound from December – April.

The Hawaiian Humpback Whale Season is December – April of each year and our 30-foot Zodiac© rigid-hull, inflatable raft is the perfect vessel for whale encounters. The Humpback whale is an endangered species and Hawaii is the nation’s primary mating and calving ground for this species of whale. Kohala, the Hawaiian name for the Humpback whale, travel from Alaska over a distance of 2,000 – 3,500 miles to make their way to the warm waters of the Hawaiian Islands. Here in Hawaii, they mate and give birth to their young. Plan to join our Kauai whale watching tours if you are lucky enough to be in Hawaii during whale season. Don’t miss this opportunity to witness these magnificent creatures in the wild! Light snacks and beverages are served.

With a traditional Hawaiian blessing, the city of Honolulu unveiled…

Make Your Own Hawaiian Lei

Fashions come and go, but fresh floral lei are perennially… 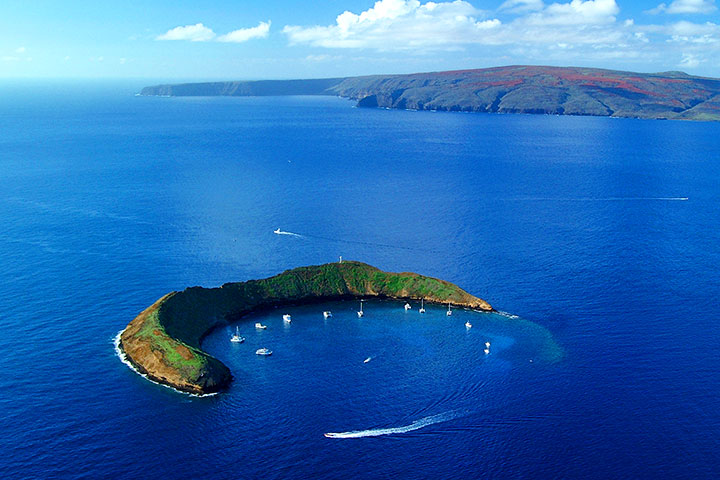 Make the Morning Pilgrimage to Watch the Sunrise from Haleakala

Haleakala, a massive shield volcano that rises 10,023 feet above…

Hawaii is now open with Pre-Travel testing program as an alternative to the 14-day quarantine. Click HERE to learn more.

Most Popular in Kauai Boating & Sailing