Time Stands Still on the Forbidden Island of Niihau

Ni‘ihau is a Hawaiian Island deeply shrouded in mystery. Little is known about life on The Forbidden Isle, as few ever gain access to this largely uninhabited tropical locale.

Life on the The Forbidden Isle Has Remained Frozen in Time

Niihau (left) and Lehua (right) at sunset from the shore of Kauai’s Polihale. Photo: FH.

Stretching only some 18 miles long and about six miles wide, the arid island is located approximately 17 miles off the west coast of Kaua‘i. What makes Ni‘ihau so mystifying is that life here has remained mostly frozen in time. Since it was purchased for $10,000 by the Sinclair family for ranching purposes in 1864, not much has changed. There are no paved roads, no commercial buildings, no hospitals and few modern-day comforts. A small population of less than 200 live in a tiny village called Pu‘uwai on the westside of the island and still communicate in the native tongue. Hunting and gathering is how sustenance is accrued and monetary work is nearly nonexistent except for a few jobs and artisan trades like selling Ni‘ihau jewelry–treasures made exclusively from shells plucked from the island’s pristine beaches.

You might be tempted to visit this remote location but, unless you’re invited by one of its current owners–two brothers, Bruce and Keith Robinson, who are descendants of the Sinclair’s.

A helicopter tour that embarks from Kaua‘i provides an aerial view of island. The journey includes a stop at one of Ni‘ihau’s remote beaches where guests are allowed to explore, snorkel or just soak in the sun. Wildlife here still abounds as human impact is negligible and the tour often includes sightings of reek sharks, Hawaiian monk seals and Hawaiian green sea turtles. The second tour offering, also launching from Kaua‘i, is a hunting expedition where visitors roam the island for Polynesian boar and feral sheep. Make no mistake, however, these tours cost a pretty penny. The latter, for example, is $1,750 per day, per hunter.

A more affordable option to get closer to the island is by booking a day-long boat trip with one of Kaua‘i’s tour companies that journey to the eastern end of the island and often include scuba diving or snorkeling.

Traveling back in time to Ni‘ihau is well worth the extra time and expense and it will certainly give you plenty of exclusive bragging rights that last a lifetime.

More About the Forbidden Isle

• Located 17 miles off the west coast of Kauai, Niʻihau is the smallest of the inhabited Hawaiian Islands, with a land area of 70 square miles.

• The island’s official color is white 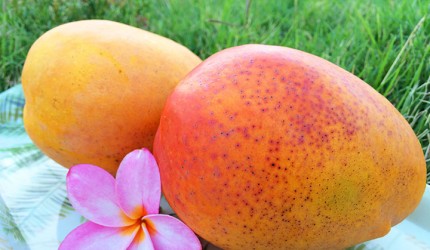