You're currently on: Home Big IslandEvents

An Overview of the Merrie Monarch Festival

Once a year, the normally quiet town of Hilo becomes a hub of activity. Hotels are at capacity and restaurants are overflowing as thousands come from around the world to celebrate the Hawaiian culture and the art of hula at the Merrie Monarch Festival.

Originally started in 1963, The Merrie Monarch Festival is a week-long cultural event created in honor of King David Kalakaua, otherwise known as the “Merrie Monarch,” revered for his role in reviving hula and other Hawaiian arts.

The week of the Merrie Monarch Festival is filled with craft fairs, free music and hula performances, art exhibits, cultural demonstrations, a parade, a hō‘ike (show) and more.

Each year, the festival starts on Easter Sunday with a ho‘olaule‘a (celebration) at the Afook Chinen Civic Auditorium where local halau hula perform all day, free to the public.

The Merrie Monarch Festival also includes the official Invitational Hawaiian Arts Fair starting mid-week, where the best Hawaiian crafters from around the state showcase everything from traditional arts such as bone carvings, lauhala hats, and feather leis to contemporary island-style jewelry, clothing and ‘ono (delicious) snacks.

The festival culminates in three nights of hula competition where the best halau hula from around the world vie for top honors in hula kahiko (ancient) dance, and hula ‘auana (modern) dance, and young ladies also compete for the coveted title of Miss Aloha Hula.

Though only a few thousand people are able to see the competition live in Edith Kanaka‘ole Stadium each year (available public tickets are sold only by writing in to the festival and postmarking on Dec. 26), many still come to Hilo for the numerous other exciting festival events only seen once a year in Hilo town.

The reach of the Merrie Monarch Festival is worldwide. It is broadcast live throughout the state and also via live web stream, and is seen in more than 120 countries worldwide.

The festival celebrated its 50th anniversary in 2013. Current festival president Luana Kawelu carries on in the footsteps of her mother, the late Aunty Dottie Thompson, who was the festival’s executive director for decades. Kawelu and hundreds of other community members volunteer their time and talents each year to make sure the Merrie Monarch Festival continues to thrive and grow in its mission to preserve and perpetuate the Hawaiian culture and the art of hula.

For more information about the Merrie Monarch Festival, visit www.hawaii.com/merrie-monarch.

Most Popular in Big Island Events 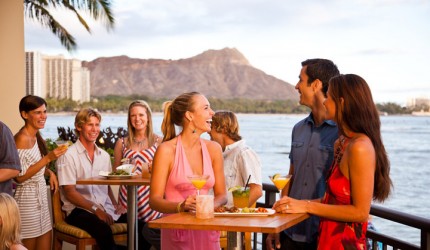 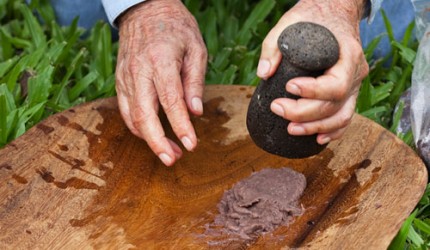 Hula and the Merrie Monarch